This on-going series of large-scaled mixed-media work reflects upon my disenfranchisement with organized religion.  Collaged pages of the Torah, the Bible and the Koran are combined with “veils” of painted burlap that loosely reference Middle Eastern motifs.  Although three major religions–Christianity, Islam, and Judaism– share the same God, and profess to teach tolerance and mutual respect, their mutual and sometimes internecine antagonism has led at times to ill will and violent acts. My goal is to question these contradictions in this body of work. 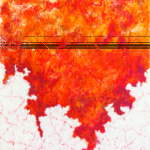 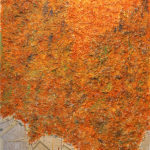 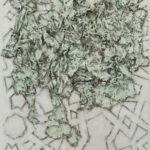 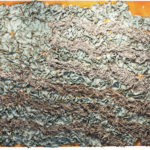 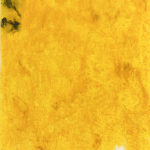 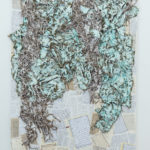 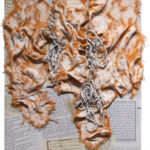 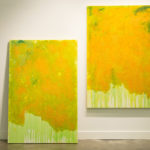 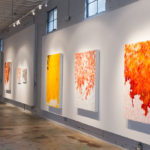 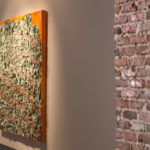